A friend asked for a scarf that would “make me look like Sting.” He wanted something reminiscent of fisherman’s sweaters, in wool with lots of texture. He said he wanted a neutral color, like gray or tan.

Later, I asked him if he was sure he didn't want a scarf that would make him look like Prince, and he got all freaked out that I was making him something in bright purple, or that might look like some of the some of the socks I have made for myself. 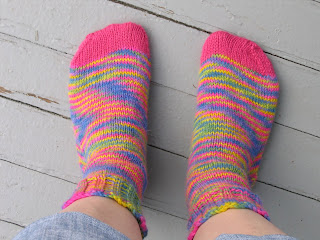 This pattern is based on the “Jacob’s Ladder” motif in Vogue Knitting: Stitchionary 2, Cables. The pattern is easy to memorize and the scarf works up fast in the bulky yarn. 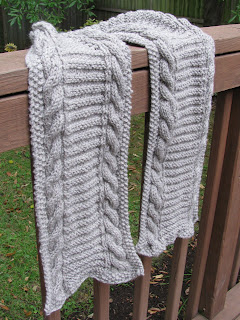 Materials:
4 balls Rowan Purelife British Sheep Breeds, in Steel Grey Suffolk (120 yds, 100g)
US 11 needles (gauge is not crucial, because this is a scarf)
cable needle