Those of you who have devoted as much time (and money) as I have to listening to music will know what I mean when I say that digitizing my CD collection has been a ramshackle revisiting of my life, or at least of those years when I have had a CD player.

I see that my eye skips over certain CDs as if they weren't there, and when I am looking through my shelves for something to play, I don't notice Lightnin' Hopkins these days, or even Buddy Guy, even though those have been favorites in the past. And even though albums like k.d.lang's Absolute Torch and Twang used to make it into my player several times a month, and before that it never ever left it, I have not played it in months. Same thing with Dead Can Dance, and several Bob Dylan albums, all 10 bajillion of my Ani DiFranco CDs and also Talking Heads.

Coming to Baaba Maal reminded me of the guy who used to manage the textbook section of the independent bookstore I used to work for while in graduate school, back when it was everything I could do to buy dried beef and bread for sandwiches. It was the beef that was the real splurge, and working for about 2 months of "bookrush," enduring horrible upstairs un-air-conditioned heat and being part of the human chain bringing boxes up the stairs when the day's shipment arrived, and lugging stacks of textbooks to their designated location, and tolerating grouchy students and sometimes faculty--all that comes back with Firin' in Fouta. Marty was the manager, and he had this great lowkey manner that made him the perfect man to endure the stress of the start of school and push a vacuum cleaner around when everyone else had gone home. I still remember the first time he put that Baaba Maal CD in the store's player: it's that feeling when you first hear something that has to become a part of your life in a much more serious way. 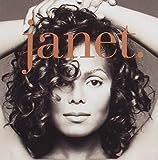 And my graduate school roommate owned a copy of Janet, one of those albums that got entirely too carried away with little talking interludes. I'm not just talking about when she says in that sexy little voice, "Like a moth to a flame, burned by the fire," although it is such cliches that give albums like Janey their charm. You don't listen to pop like this for insights, but to hear what you already know said in such a comforting or ass-shaking way. It's fun when Janet's doorbell rings, and then she has to shut the door before she tells you what you already know, and, it turns out, she knows too, that you want her. And even though it may not have been this album that had an interlude that my roommate called "Janet goes online," it might as well have, because that is where I remember the absurd recorded sound of the modem. 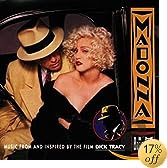 Or there is Madonna's I'm Breathless, which became the prime listening material of an entire group of my college friends for a summer, even though every one of us was deeply embarassed to admit it. Madonna? Not cool at that time, but we were completely smitten with the vaguely swingtime sound of the mood she was trying to create, or even occupy. "But 'More' and 'Sooner or Later' were written by Stephen Sondheim," I would proclaim, trying to justify this smittitude. "But what about 'I'm Going Bananas'?" Richard would ask. "Just skip that one," Mike concluded, and we did, and vaguely howled if we didn't catch the CD in time when that song started, and it played more than a second or two. 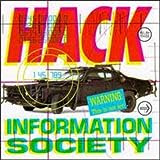 And speaking of strange purchases, Information Society's Hack. I bought it exclusively for one song that happened to sound good in one particular car stereo on one particular day. The car stereo belonged to Patrick, who lived down the street from me and who I had grown up with. We spent many an afternoon blowing up plastic army men, or watching cars go around and around a magnetic racetrack, or playing with Star Wars people, or playing that dumb hockey game that does not really involve any skill but may also have been magnetic and all you did was watch your team shuffle around the board and maybe make a goal. And I am not sure how many times we listened to "Flash Gordon" on 45 instead of 33, laughing our asses off at the part where Freddy Mercury sang (fast), "He saved every one of us, he saved every man every woman every child, every body--Flash." You may not know how funny that is on 45. Anyway, Patrick took me boogie-boarding at Virginia Beach, which was a blast, and how much do I wish I had lived a teeny bit closer to the beach so I could bodysurf all the live-long day? And he had some kind of fancy little fast car with a great stereo, and he liked Information Society, and nothing could have sounded better than "Hack" on that particular day in that particular sunshine, and during that particular fantasy that I was a surfer girl. So now I own the entire CD.

Sometime in there, during the poor student years, I got too invested in used CD stores, and being able to sell things back and buy new things for cheap. Sure, it meant that I got rid of some real shlock that probably would not even have nostalgia value. But I wonder what else is gone from my collection, and my memory.
Posted by Isis at 8/03/2005 12:47:00 PM

That reminds me of "Germans"
...They drive their ladies in their elegant Mercedes...

In Berlin they have a wall
For playing tennis it's too tall.